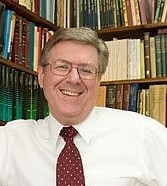 Following a 26-year pastorate with First Baptist Church (CBA) in Manchester-by-the-Sea, Massachusetts, David has most recently served as an intentional Interim Pastor in churches in Maine and Massachusetts. Prior to his pastorate in Manchester-by-the-Sea, he held an 8-year pastorate in Colorado after completion of his M.Div studies at Denver Seminary. He was ordained in 1974 by Faith Baptist Church (CBA) in Cumberland Center, Maine. A former WorldVenture board member, David continues to serve with the Career Interview Committee.

David will represent Massachusetts and oversee additional Area Directors strategically located throughout the region. Their task is to come alongside pastors and churches, providing resources and encouragement for greater church health, leadership development, and church planting.

The Forsythes reside in Manchester where David serves the community as the senior call firefighter and chaplain with the Manchester Fire/Rescue Dept. He is also an active member of the Metro-Boston C.I.S.M. Team. David’s wife, Sue, was the Director of Student Health Services for Gordon College until her retirement. The Forsythes have two married adult children, Lauren and Scott.

Dr. Gershwin Grant, Ossining, NY  will be serving as the Area Coach of the Hudson Valley area of New York and additionally will be connecting with the churches of New York City until such time as there is an NYC Area Director.

After earning an architecture degree from the New York Institute of Technology and working in the field for several years, Gershwin accepted the Lord’s call to ministry.  He studied at the New York School of the Bible, the Seminary of the East, and Alliance Theological Seminary, finally earning his Masters’ Degree and Doctorate of Ministry from ATS.

During his years in New York City, Gershwin served as the Assistant Director of New York Gospel Outreach and as the Associate Director of the New York Christian Higher Education Consortium.  He planted a CB church in the Bronx, the His Glory Bible Fellowship, through Missions Door (formerly Mission to the Americas).

He has served as the Senior Pastor at Calvary Baptist Church in Ossining, New York, since 2002.  He is currently serving in this multi-cultural, multi-generational church with Cynthia, his wife of over 25 years.

Gershwin has a strong CB pedigree, having planted and served CB churches.  He is currently the moderator of the CB Hudson Valley Pastors’ Cluster and has served on the board of directors of WorldVenture (formerly CB International) and on the executive board of CB Mission Northeast.  Gershwin has also been the Christian Chaplain in the Baptist Division of the Hebrew Home for the Aged for nearly twenty years.

Scotty began serving as Senior Pastor of Barrington Baptist Church in Barrington, RI in September 2016. He loves working with the people of BBC to achieve God’s vision for His church in Barrington. Prior to coming to BBC, Pastor Scotty led a church he planted with a great team of people in Northwest Connecticut for over 10 years. Before that, he earned a BA in Psychology and a Master of Theology degree and worked as a communications manager in a diverse set of industries. Real partners in marriage and ministry, he and Wendy have been married for 21 years and are blessed with three loving and energetic children.