How can you make inroads into the community? That question has driven Steve Murray, pastor of Trinity Baptist Church in Nashua, NH, for the past few years. New Hampshire has “taken over” the top spot as the least attended region of the U.S. and, with its heavily Catholic population, people are not eager to engage in spiritual conversations. Steve’s goal has been to target the area around the church and find needs that the church could meet and have the proximity to the church make it easy for people to attend.

In the fall, Steve had prayed and thought about opening a food pantry. The church has been connected with the Southern New Hampshire Rescue Mission, and office administrator, Cathy Lewis has been involved with them in getting food from the NH Food Bank. She knew the ins and outs of getting food and was a great resource for moving ahead with the idea. There is always the need for food, especially around the church, and it was a tangible way to meet needs in a “non-religious” way. The goal was also to get people into the church to break down hesitations people might have of actually coming into the church itself.

Steve mentioned the idea of starting a food pantry on a Sunday morning in church, and had 30 people express interest and come to an initial meeting to hear more and help make it happen. Steve was shocked at the number (that’s over 10% of the church Sunday attendance). It was evident that God was working in hearts as well with many people interested in one way or another.

More meetings produced a leadership team of three women with Steve. Several months of planning, getting approved by the Food Bank as a user, networking with several local grocery stores, and they launched. Church members passed out 300-400 door knob hangers in the area around the church and assumed that word-of-mouth would spread to others.

In the first three weeks, the food pantry has served 66 families (159 individuals), with the equivalent of serving 2500 meals. Even better has been the fact that two people from the area have come to church as a result of the connection. The goal, says Steve, is not to just feed people physically, but also build relationships with people to see God work to feed people spiritually.

It is not that difficult to do, and the initial response has been gratifying and promising. The food pantry runs out of the church’s main lobby. Steve is praying about ministries that can spring from this beginning, like starting an ESL class or tutoring kids from the families. He recommends a food pantry as one way to build bridges into the community and allow God to open doors into the hearts of hungry people.

The Global Leadership Summit is a two-day event that is telecast live from Willow’s campus near Chicago every August to more than 300 satellite locations in North America. It exists to transform Christian leaders around the world with an injection of vision, skill development, and inspiration for the sake of the local church.

The Summit is designed for your entire leadership team’s staff and volunteers, key influencers and innovators within the community, emerging leaders, and students with leadership gifts. Churches and organizations are encouraged to bring large teams to experience the learning together.

CBAmerica has secured special discounted pricing for members of CBAmerica and associated regions: 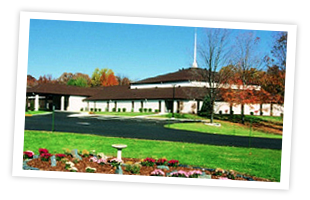 On May 31st at 5pm, Fishkill Baptist Church (107 NY Route 82, Fishkill, NY 12524) will host the first Lower Hudson Valley Community Prayer Service. The CB churches in the Lower Hudson Valley are uniting with other like-minded churches to celebrate God through prayer and to seek His Will. This service will provide an opportunity for brothers and sisters in Christ to praise God through prayer and worship, seek His direction and unite to build His Kingdom.

The prayer focus of the service will be developing healthy churches and reaching our communities with the saving grace of Jesus Christ. There will also be time dedicated to praying for the board of MissionNortheast as they seek to partner with CB churches to accomplish the Great Commission in the region.

This Community Prayer Service is a step in a growing collaboration between the churches of the Lower Hudson Valley Cluster as they seek to embrace MissionNortheast’s calling to be an association of churches focused on church health and mission. All are invited. 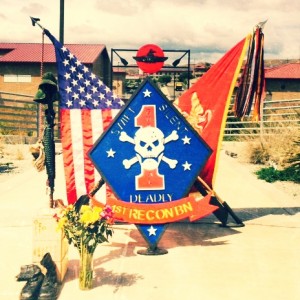 This past April, over 200 Vietnam Veterans gathered at Camp Pendleton to commemorate the 50th Anniversary of the involvement of Reconnaissance Marines in Vietnam. It was a bittersweet time for many of these men as they were able to reconnect with old friends, but were also reminded of their brothers-in-arms who paid the ultimate sacrifice.

Through his quick thinking – and his knowledge of military lore – a chaplain in the Army National Guard is able to keep a Vietnam veteran’s burial honors on track.

At the height of the war on terrorism, most military funeral honors for Army veterans were performed by the National Guard. As a Colorado Army National Guard chaplain, I often served as detail leader, folding and presenting the flag to the next of kin.

One day I arrived, per regulation, an hour before the inurnment of a Vietnam veteran. The funeral director pointed out the site of the columbarium and shared specific details of this ceremony. The decedent, a Denver native, had only one surviving brother, who was homeless and mentally ill. The funeral home had helped the brother prepare for the service with a shave, a haircut, and a new suit.